pan up pan left pan right pan down zoom in zoom out
Contains Ordnance Survey data © Crown copyright and database rights 2019 OS 100019229. Use of this data is subject to terms and conditions.

Back to all reports 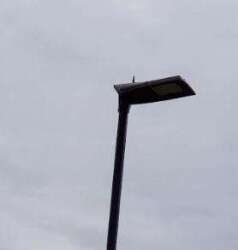 LEDs Need Replacing on The Island before its too late...

It has been known for a long time - and people have warned Island Roads repeatedly before the Island street lights were installed - that Blue-Rich White Light (BRWL) is harmful to humans and wildlife, due to circadian disruption, as well as Road Safety and Sky Glow , due to excessive glare. Now there are studies confirming the seriousness of the health risk of BRWL to humans. Please find below two articles and a study link which say it all.

The size of the cancer risk can be debated, but even a low risk is enough reason not to expose the Public to BRWL. There is already litigation about this in the US and it would be a real shame if it would have to come to that here. Instead, I hope that Island Roads now finally will change the blue-rich white street lights to warmer hues (maximum 2700K, 2200K in ecologically sensitive areas)) so that residents don't have an increased cancer risk, so that wildlife - which does not have access to black-out curtains - is not interfered with and so that sky glow is diminished even further. This will also have the added bonus that the street lights won't blind drivers (the ageing eye finds it harder to cope with white light, so it puts older drivers at a disadvantage) and lead to evening walks finally being a source of pleasure again, not - as is the case today - feeling like an onslaught. For who wants to walk around in a perpetual supermarket car park?

A CCT of maximum 3000K has already been recommended by AMA (American Medical Association) for medical reasons and by IDA (International Dark Sky Association) for sky glow reasons. PHE and CPRE are recommending warm colour temperatures as well, the former to prevent glare and discomfort, the latter for ecological reasons. The time has now come for the Isle of Wight to finally catch up and to install the lighting which is benign for humans and wildlife, as well as put it in a good light.

NB: Dimming - or switching off - between midnight and dawn is helpful. However, dimming does not alter the colour temperature of the light, it is merely damage limitation. Responsible night lighting should always be warm. https://www.telegraph.co.uk/ science/ 2018/ 04/ 26/ new-led-streetlights-may-double-cancer-risk-new-research-warns/

A direct link to the research is here: